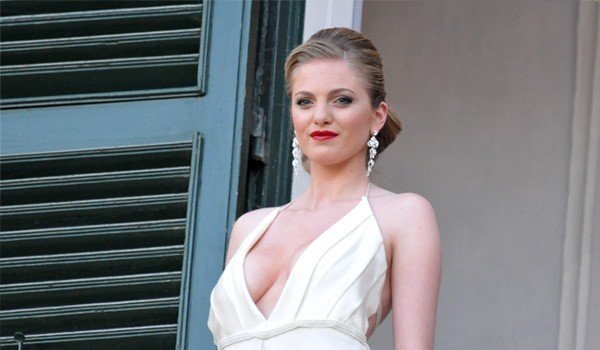 At an auction held on the splending grounds of the Prime Minister’s residence, Villa Francia in Lija, eight designer dresses fetched 5300 euro for charity this evening…

Eight designer dresses fetched 5300 euro for charity this evening, at an auction held on the splendid grounds of the Prime Minister’s residence, Villa Francia in Lija. The pleasant evening air was filled with the traditional Maltese music of Nafra under the direction of Ruben Zahra of Soundscapes. Charles Saliba, a seasoned broadcaster was compere for the evening.

Seven gowns were designed by cancer survivor Lara Spiteri, whilst the eighth dress was the creation of Charles & Ron that is being used in the promotional campaign of the first ever Malta Fashion Week. An offer for this dress was made by a foreign buyer who had only seen it online, and the organisers decided to also put it up for auction. The dress was kindly donated by designers Charles & Ron.

All proceeds from the auction are being paid in full to The Puttinu Cares Foundation, a non governmental , non profit-making organisation that aids cancer patients and their families. Benefactors included Mr. Joseph Bezzina, Vella Halmann, Kinds Autosales, Simon Estates, Mr. A. Lee, Mr. Sam Cutajar on behlaf of Jos. Brincat Ltd. (Wella Professional), and Ms. Elaine Galea. The event was made possble with the kind support of Catermax, Campari, MFCC, DJS Trading and the Office of the Prime Minister.

The organisers of the Mercedes-Benz Malta Fashion Week extend their sincere gratitude to Mrs. Kate Gonzi who supported this event, also with her presence throughout the evening.

Share
65
This template supports the sidebar's widgets. Add one or use Full Width layout.
X