The Valletta 2018 Foundation, in collaboration with the Mercedes-Benz Malta Fashion Week, announced that Valletta will be offering a unique experience for thousands of people visiting historic and iconic venues in the city specifically for fashion-related events, from the 9th to the 15th May.

Addressing the media at Palazzo de La Salle this morning, Valletta 2018 Foundation Chairman Jason Micallef said “This is the second year in which Malta Fashion Week events are taking place in Valletta, as part the European Capital of Culture Programme in the run up to 2018”.
Malta Fashion Week has been developing over the past years bringing together economic and artistic aspects while placing Malta’s fashion industry on the international map. This proves that such projects are sustainable and will have a lasting legacy up to 2018 and beyond. 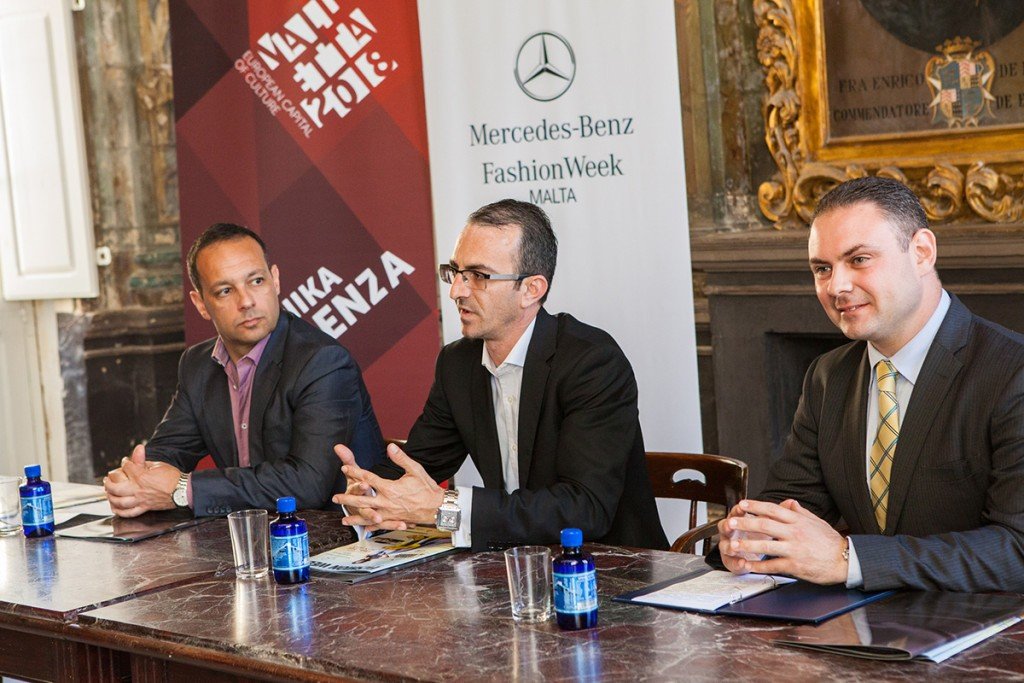 “Fashion, like other strands of art, is a fast growing creative industry in Malta,” said the Minister for Justice, Culture and Local Government, Owen Bonnici. “The electoral manifesto includes two specific measures on the sector including the promotion of local talent and the government is determined to see the sector grow into a thriving industry”. Malta Fashion Week Executive Producer, Adrian J. Mizzi explained the programme of events in detail noting that venues include; the Upper Barrakka Lift at Lascaris Wharf, Ordnance Street, The Palace, Palazzo de La Salle, the Mediterranean Conference Centre, and the Malta Chamber of Commerce.

Now in its 5th edition, the Mercedes-Benz Fashion Week Malta 2015 promises to be an amazing week of high quality fashion shows and events that reach the highest standards of similar events worldwide.

Valletta will be showcasing some of Malta’s best talent in the fashion industry from fashion designers to catwalk models, stylists and make-up artists, photographers, bloggers, writers and other fashionsitas.

Malta Fashion Week culminates at the Chamilia Fashion Awards, to be held at the Shipbuilding Warehouse in Marsa, on Saturday 16th May. Apart from handing out the much coveted awards to the top talent in fashion this year, the event includes fashion shows by several international designers held during Malta Fashion Week.

Foreign media including the worldwide fashion television channel Fashion TV are expected to cover the event on an international scale.
All Malta Fashion Week events are free of charge and tickets for the Malta Fashion Awards start from €10.00.

Here’s how this press conference has been reported on some other media:

Share
27
This template supports the sidebar's widgets. Add one or use Full Width layout.
X